The personality of Imam Husain bin Ali (PBUT), the Prince of the Martyrs and their supreme pioneer, is worthy of special 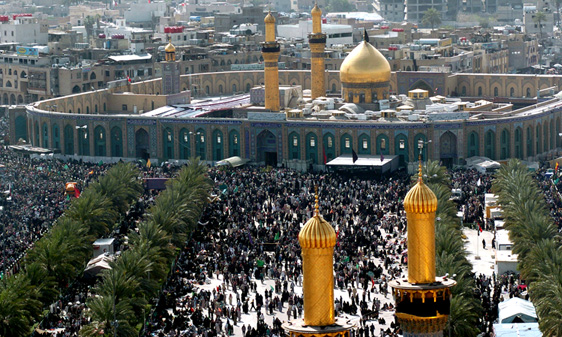 attention. This is due to the distinction and uniqueness of his personality throughout history. He was the first and the last son of a prophet slain by a camp, apparently, belonging to the nation of his grandfather, Prophet Mohammad (PBUH). He is the last martyr whose memory has been made immortal by the passing of affection and tears for some millennium and a half on end. This is not a normal occurrence throughout the times, yet it is obvious in terms of faith considerations. Imam Hussain is the symbol of faith, and the icon of sacrifice for the truth, and righteousness, which of themselves are eternal values that are not vulnerable to change over time.

I believe this remarkably distinctive Hussain personality is rightly entitled for eternity through projects of a high degree of diligence. Hence, the birth of the Hussaini Encyclopedia, which undertakes the study of the personality and biography of Imam Hussain in an understandable style, both by rational reasoning, and narration. This goal has been introduced with an extensive set of works tackling a host of various topics with the common denominator being the personality of The Martyr Imam.

The whole scheme and ultimate purpose of the Hussaini Encyclopedia are deemed to be enormous in the world of authorship. This is a sort of work usually not accessible to individuals, or a group of them on their own, if not assisted by spiritual inspiration that is not attainable by everyone. In short, this is the fruit of a labour of love.

However, such a highly valuable enterprise does indeed need to be supported by the followers of Imam Hussain who are keen to see the warmth of his memory keep glowing in the hearts of the faithful, and all lovers of freedom, justice, and those who commend the noble values of man.

Scholar Al-Karbassi, hopes that this Hussaini Encyclopedia will take part in saving the Hussaini heritage from obliteration, loss or scatter.