From February 17th – 28th 2011, during the Fourth International Book Fair in Najaf, people of science, culture and literature all showed admiration of the size and quality of the Hussaini Encyclopedia and the achievements of the author, Sheikh Mohammed Sadiq Mohammed Al-Karbassi. 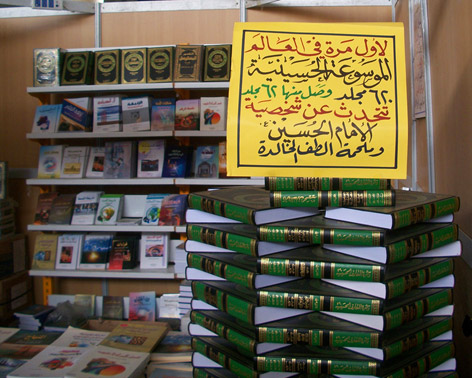 At the exhibition held in the Holy City of Najaf, home of seminary tradition and the capital of Islamic culture for 2012, the Hussaini Encyclopedia won the admiration of scientist and students of different nationalities. The centre won first place out of 103 Foundations and publishing houses with work that has never been seen before, consisting of over six hundred and sixty hand written volumes and so far sixty-six volumes published.

The Hussaini Centre for Research saw unprecedented media coverage from several radio and TV outlets, including: Al-Iraqiya, AlFurqanchannelpath, thechannelKarblanespace,AlKotherchannel, radioknowledge, andothers.The event was visited by a number of political, cultural and university personalities from Najaf, Iraqi council and from different countries.

Supervisor of the Hussaini Centre for Research in Najaf, Professor Hashem, spoke with several Iraqi and non-Iraqi media outlets about the work of the Hussaini Encyclopedia and work which is soon to come. 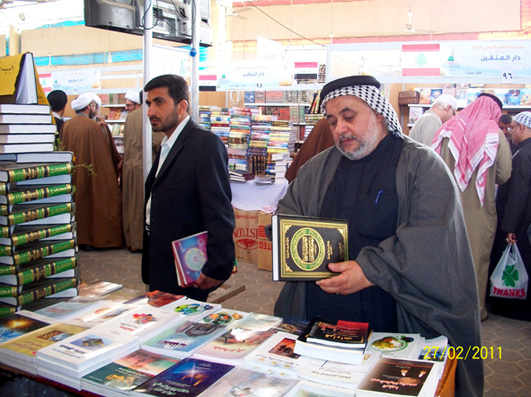 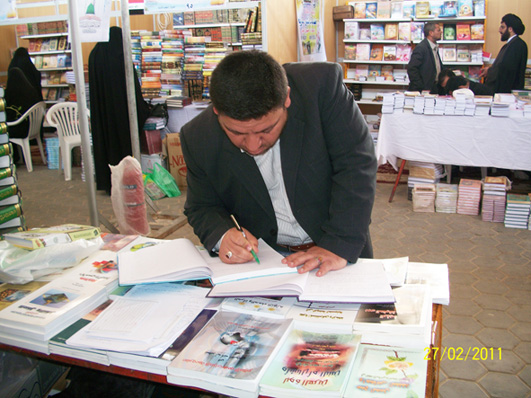 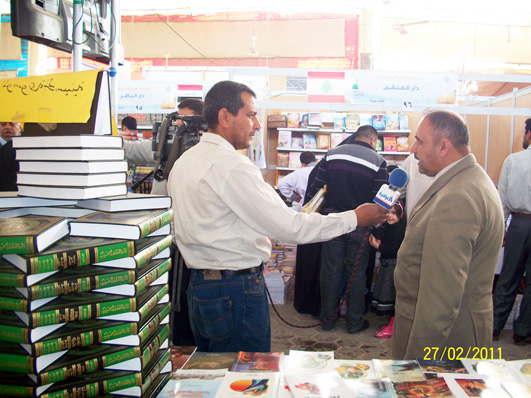